Before he ever penned The Wheel of Time®, Jim Rigney (known to fans as Robert Jordan), was a soldier in the U.S. Army and fought in the Vietnam War – an experience that profoundly affected his life and the epic series he would create.

In honor of Memorial Day, Jim Rigney, and soldiers past and present, Ta’veren Tees is proud to announce the first ever “Sons & Daughters of Battles Campaign.” During the week of May 28, 2012, we will be sending Wheel of Time-themed packages to 10 U.S. soldiers currently serving overseas or preparing to leave their families to serve.

Each soldier will receive: 1 Ta’veren Tee-shirt; 1 Siswai’aman Bandanna; 1 officially licensed piece of WoT art donated by Ta’veren Tees guest artists, including Paul Bielaczyc and Ariel Burgess; and 1 “A Memory of Light” messenger bag and bumper stickers, which were provided by Tor.com to JordanCon, and generously donated to Ta’veren Tees.

We reached out to fans via Facebook and Twitter to send the names of WoT fans serving in the military, and from there we narrowed the field to 10 soldiers away from home, or soon to leave, who might appreciate a small token of thanks – and some Wheel of Time® swag.

New “Mat Cauthon” Tee Available for Pre-order!
In addition to “Sons and Daughters of Battles”, we are extremely pleased to announce the release of a new shirt based on the Son of Battles himself, Mat Cauthon. “Mat Cauthon by Seamas” is the second tee created by Wheel of Time® comic book artist Seamas Gallagher. The shirt will be available for pre-order starting May 25 at https://www.taverentees.com/matbyseamas and will ship by July 1.

As with the “Robert Jordan’s ‘Wheel of Time’” tee pre-orders last year, 10% of proceeds from the pre-order sales through June 8 will be donated to the Wounded Warrior Project, which enlists the public’s aid for the needs of injured service members.

The tee shirt is based on Seamas’s image of everyone’s favorite gambler, and features the dice chapter icon on gray, as well as the snake and wheel icon on the left sleeve. The back features the verse of “Jak o’ the Shadows” altered by The Band of the Red Hand to include Mat’s name. The shirt is 100% cotton and available up to size 5XL.
Posted by Unknown at 12:48 PM No comments: 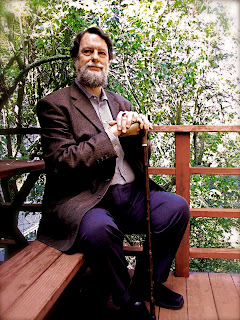 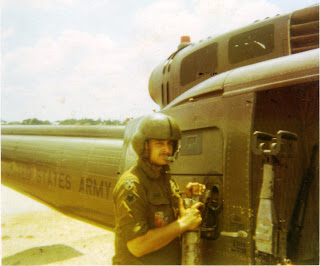 AN OPEN THANK YOU LETTER TO DRAGONMOUNT, KRISTEN NEDOPAK'S KITTY, AND OTHER WoT COMMUNITY LEADERS

To the Creators of WoT News (and Kristen's kitty!) and other WoT Community Leaders,

We wanted to take the time to thank you for the wonderful job you did on the WoT News segment about Ta'veren Tees and its products. It was informative, witty and very much appreciated.

As with any business that is starting out, reaching the customer is the most important part, and you have greatly aided us in reaching the Wheel of Time community. The sales of these first six designs will fuel the other designs that we have in the pipeline, and allow us to give the community what they want (more WoT goodness!). We have some great designs, ideas, and surprises lined up. Most of them we already had in progress but a few of them have come from feedback from the WoT community, and we are excited to eventually share those with the public.

If we can ever be of any assistance to you in any way, please let us know. We have much toh.

May the Light illumine you,
Jeffrey, Kiley and Sophie
Ta'veren Tees


Fans of Robert Jordan’s The Wheel of Time® series now have a way to wear their love for the WoT on their sleeves – literally.

Ta’veren Tees is the exclusive provider of Wheel of Time® apparel officially licensed by The Bandersnatch Group, Inc. Located at TaverenTees.com, Ta’veren Tees is the first and only to sell T-shirts dedicated to the characters, themes, imagery and sayings found throughout Robert Jordan’s epic series.

The initial store opening features six designs; two for women, two for men and two unisex. More shirts will be rolled out and added to the inventory over the coming months, but don’t be fooled by the site name – shirts won’t skew only towards the series’ three famous ta’veren. Whether you’d like to throw a spear with the Maidens or secretly call yourself a darkfriend, you will find something to wear on TaverenTees.com.

“With the first designs, we want to make sure we address the wants and needs of both male and female Wheel of Time® fans. We think that fans will be very happy with the first six shirts and the ones we will release in the near future,” said Jeffrey Daniel, co-owner of Ta’veren Tees.

“It is important to us to take The Wheel of Time® world that Robert Jordan beautifully created and show our admiration for the series that we all love,” said Sophie Decaudin, Ta’veren Tees co-owner. “This is something that hasn’t been done before, there was a need for it, and we are excited to meet that need head on.”

By creating these shirts, Daniel, Decaudin and Co-owner Kiley Kellermeyer hope to provide yet another avenue for WoT fans to express the love and devotion they feel towards the amazing world and spell-binding characters Jordan created.

“These designs are not only colorful, but reflect the themes and characters in The Wheel of Time® books,” said Harriet Rigney, editor of the series and widow of James Rigney, the author. “They may not be able to stop cold steel, but they are extremely fashionable.”

“We also salute Jeffrey, Kiley and Sophie for the design and layout of the Ta’veren Tees website,” she continued. “It’s a clean, uncluttered format that’s easy to navigate and I’m sure the fans of the books will enjoy visiting often.”

“Sometimes playful, often insightful, Ta’veren Tees are a welcomed addition to the line of products officially licensed by The Bandersnatch Group,” she concluded.