Ta’veren Tees is excited to announce the “Wheel of Time Playing Cards Decks” featuring the artwork of Ariel Burgess, are now available for pre-order at www.TaverenTees.com/novelties.

For The Wheel of Time®, Robert Jordan created thousands of unforgettable characters – both good and evil – that fans have come to know and love. The Wheel of Time® Playing Cards bring over 60 characters to life through the breathtaking art of Ariel Burgess and are an essential addition to any WoT fan’s collection. Every card features a different character or characters from the series.

A portion of the proceeds from each edition sold will be donated to Mayo Clinic to fund research on Amyloidosis, the rare blood disease that claimed Robert Jordan’s life in 2007.

A complete list of characters included in the deck can be found at www.TaverenTees.com/cardlist

Pre-orders begin shipping January 10th, 2013. All items purchased in the same order as the “Wheel of Time Playing Card Decks” will be held and shipped at the same time. 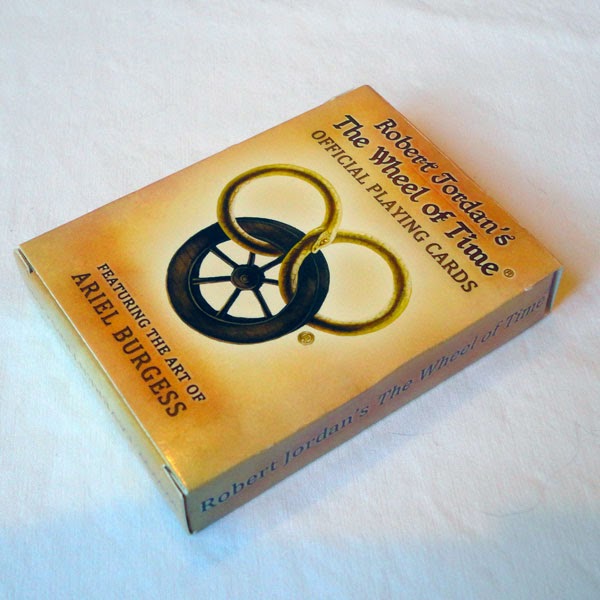 The “Standard Edition: The Wheel of Time® Playing Cards” contains 54 cards, including two jokers, in a single deck box. 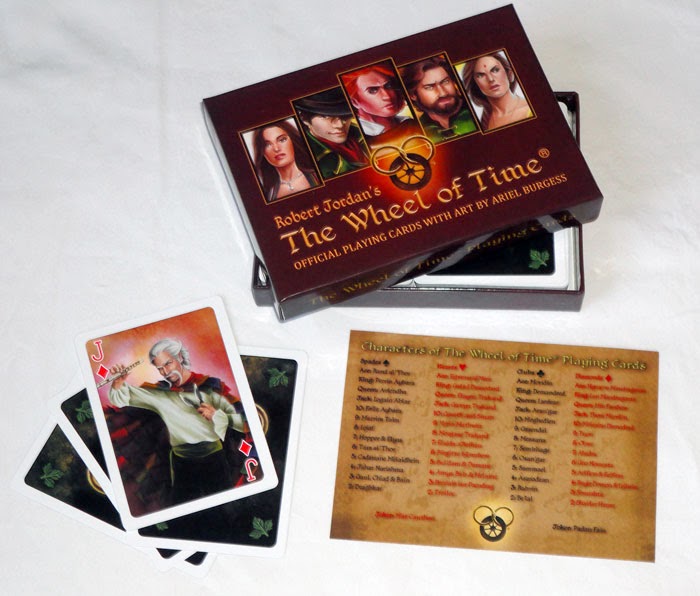 The “Collector's Edition: The Wheel of Time® Playing Cards” comes in a double deck box, with a character list and two individually wrapped 54-card decks, so you can play with one and display the other! The Collector’s Edition is limited to 500 units. 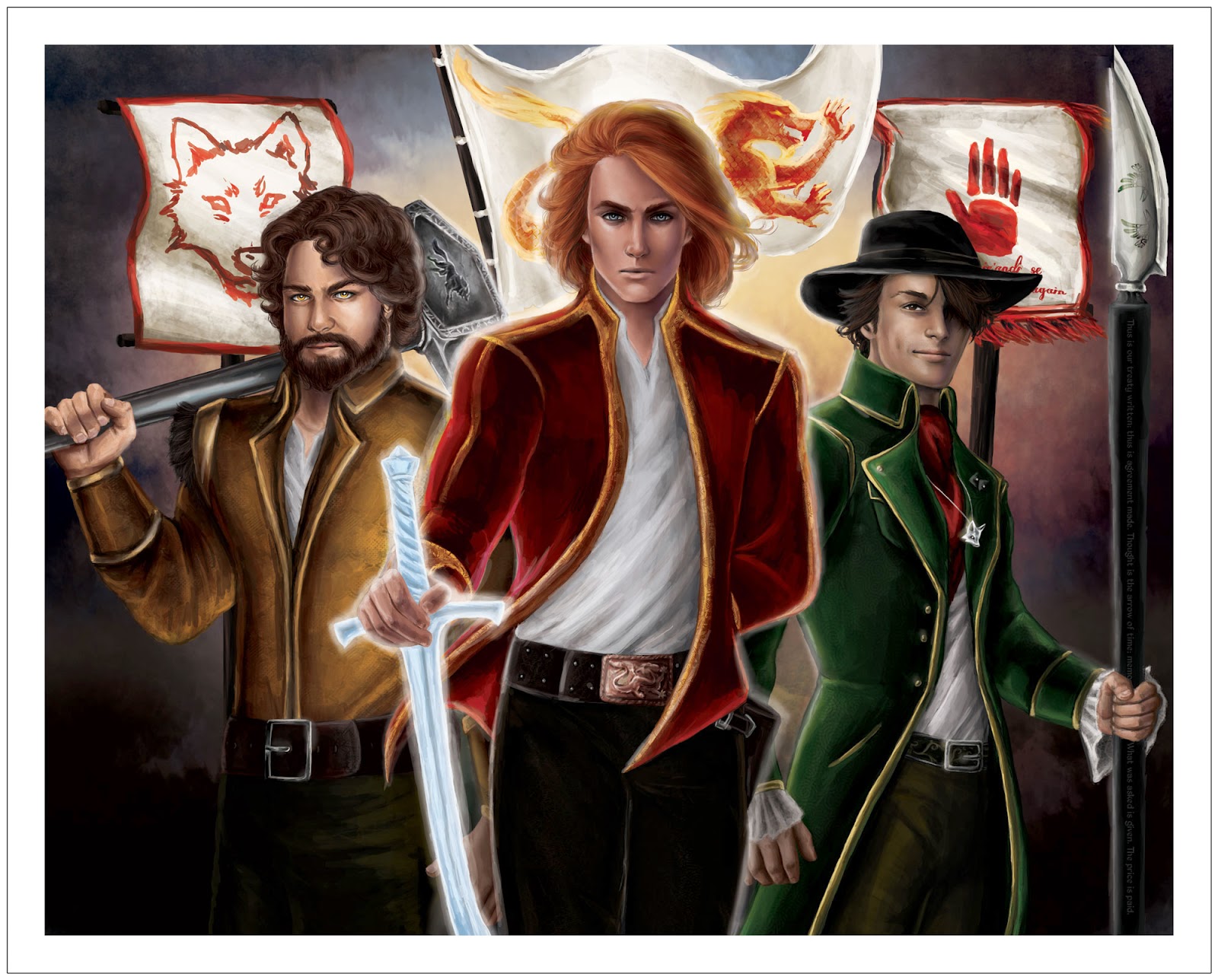 Just in time for the Last Battle, Ta'veren Tees is excited to provide this stunning piece of new, NEVER-BEFORE-RELEASED artwork by Ariel Burgess titled “Tarmon Gai’don”. This 16" x 20" poster features Perrin, Rand and Mat as they are before A Memory of Light and the Last Battle. Add it to your art collection today!
Posted by Unknown at 12:39 PM