NEW "RAND AL'THOR" POSTER TO DEBUT FOR SALE AT JORDANCON 6 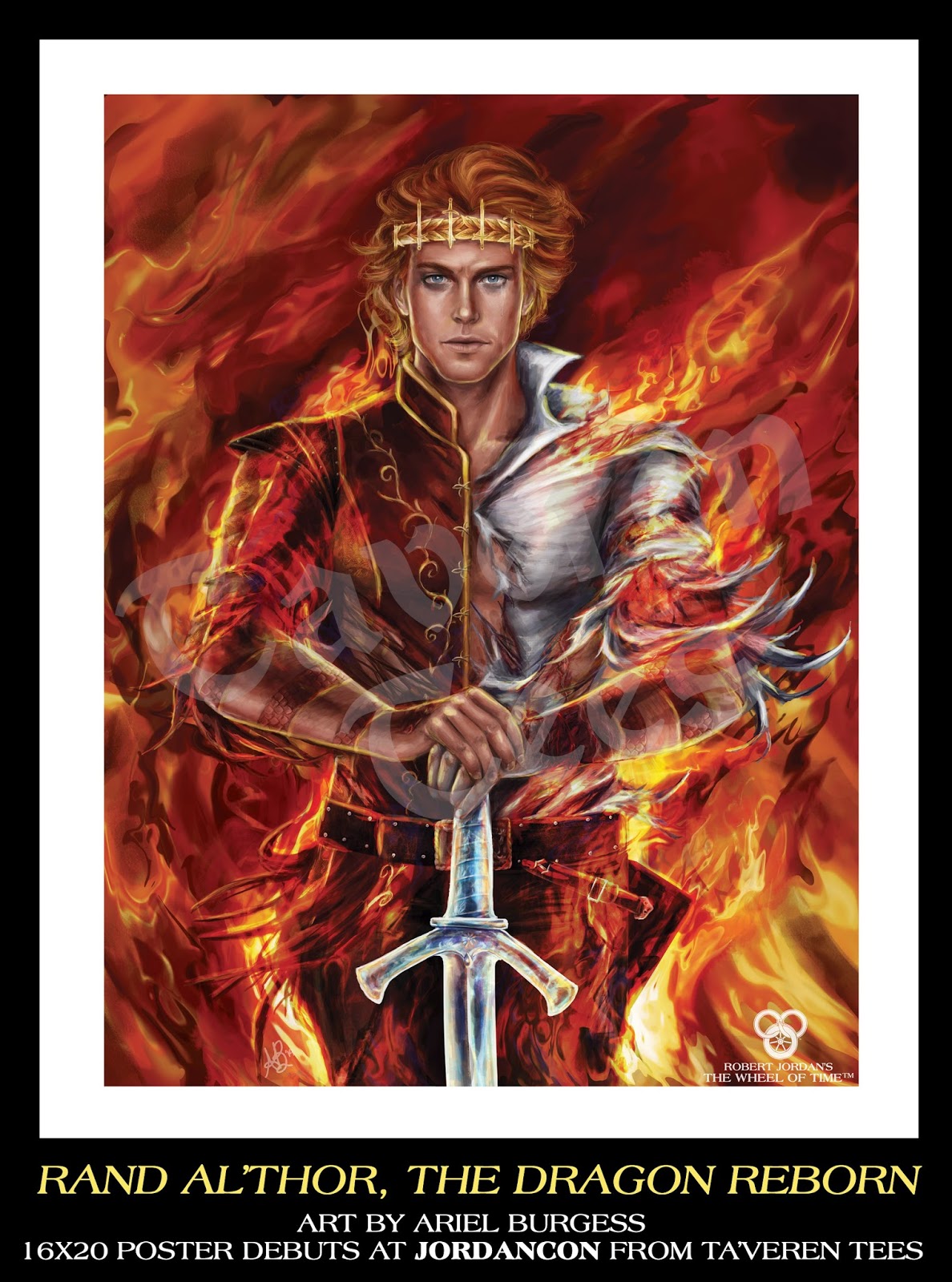 The new Rand al'Thor, the Dragon Reborn poster will be available for sale at the Ta'veren Tees booth in the JordanCon vendor's hall. The poster is 16" x 20", including a 1" white border. It will retail for $20.

The poster will be available for sale online sometime after JordanCon.

Rand al'Thor, the Dragon Reborn was created by Ariel Burgess, the artist responsible for the calendar and playing cards.

"The idea came when I was about to fall asleep," Ariel said. "That's when my best ideas happen. I finally got my mind blank when this image of Rand formed. It started close up to his face and panned out. The fire was moving along with the tears streaming down his face. I felt this crazy urge that I had to paint Rand like that. It needed to be shown and it would finally represent him the most [out of my work]."

So Ariel painted, and we're glad she did. She began with a basic colored sketch, then moved to more realistic line art and flats. Then she began to make the sheepherder come alive by studying wounds and burns to add to his skin.

"I really love Rand, so I needed to show who he is all around. I wanted to show how tragic Rand is with his wounds burning into him and his old self melding with the new one. The tear is to show how painful it all was, and the stoic face was to show that he pushed through and tried to be as hard as he could when really the soft side of him mattered just as much."

Ariel has made many Rand al'Thor portraits over the years for various cards, posters, and personal projects. But this symbolic portrait of different sides and aspects of The Dragon Reborn is her favorite.

"The image really means 'Rand' to me. All of who he is and what he went through to become Rand in the final book. I feel like as much as Rand is drawn by artists, it is rare to see who he really is and how tragic he is."

Make sure to follow Ariel's new WoT Facebook page to keep tabs on her growing collection of art: https://www.facebook.com/officialwotartarielb

If you're not registered for JordanCon, be sure to do so before April 1, otherwise you'll have to do so at the door.

We hope to see you at JordanCon, and may the Light shine on you!